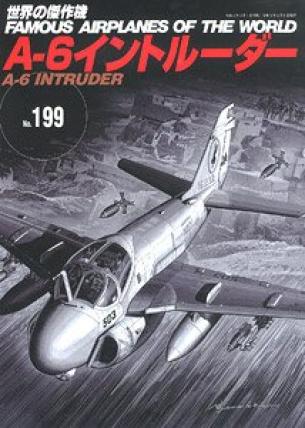 The Navy's highly anticipated all-weather attack aircraft, based on an aircraft carrier, A6, fitted with a large nose radar, made it possible to carry out operations even at night.

The machine, dubbed the Intruder just before its first flight in April 1960, participated in the fierce battle after the first battle of the Vietnam War, which escalated in May 1965.
“Even after the war, he was always the first to show his presence in conflict zones around the world where American power is involved, such as the Lebanese Civil War, the Libyan airstrikes and the Gulf War.
We will present the background of the development and the differences of each type, the secret of the characteristic shape of the aircraft, the highly electronic weapon system and the account of the actual battle of Kazukazu with detailed explanations and numerous photographs and plates.