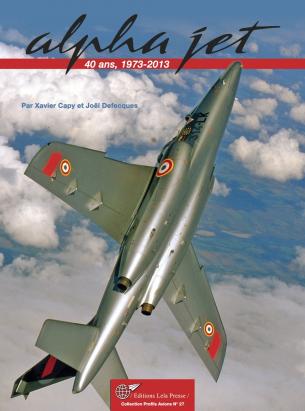 In France , the Alpha Jet is the " gadget " affectionate nickname given by thousands of pilots of Air Force who for thirty years , use it daily , and perfect form above . It is also the Patrouille de France amazes crowds at each of its benefits; with it, national symbol, it traditionally opens the air parade on July 14 .


But the Alpha Jet is primarily the result of an exemplary cooperation initiated there are more than forty years between France and the Federal Republic of Germany, which has since become Germany. And that's because she wanted to make a support ticket that it has had to be separated , keeping him a memory after the fall of a wall has changed the course of history.

The aircraft has changed little in his life, although hopes of sale or development of derivatives does not materialize . But several of Europe , Africa and Middle East countries still use contentedly .

Other countries , recognizing its value, have adopted and gave him after Germany, a new life and sometimes open new horizons. And singularity little devices have in the world, born airplane military, he became in his lifetime, a civilian aircraft in the hands of wealthy users.

Forty years have elapsed since the flight of the first prototype , October 26, 1973 . Discreet life, unspectacular but rich and captivating. That of a faithful servant.