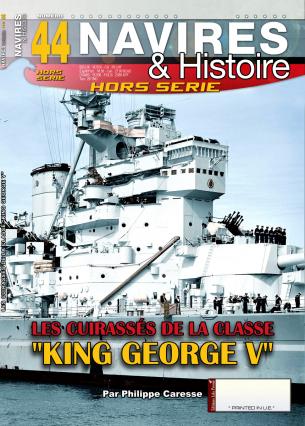 The renewal of the Home Fleet battle corps was to be symbolized by the entry into service, at the start of World War II, of the "King George V" class battleships. The Royal Navy needed to quickly have relatively fast, well-protected, and powerfully armed liners capable of competing against their foreign counterparts in its fleet.
Despite problems with the development of the main artillery, as well as an insufficient radius of action, these ships will sail on all the seas of the globe and will be particularly noted for their actions against Bismarck and Scharnhorst. After escorting convoys in the Arctic and rallying an American Task Force in the Pacific, some of them will be present when Japan surrenders in Tokyo harbor.
The genesis, the technical characteristics, as well as the history of these battleships, will be brought to you through 213 photographs, 9 profiles, 9 color profiles, 5 maps and 7 plans.