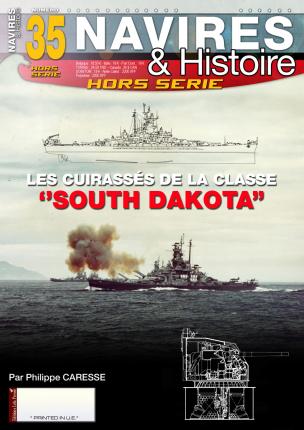 The second generation of the new battleships of the US Navy would prove to be a formidable war machine. The South Dakota, Indiana, Massachusetts and Alabama will be seen in virtually all the engagements and landings made by the Navy of Uncle Sam.
Sensitive improvement of their predecessors, the '' North Carolina '', they had a more elegant silhouette, but still suffered from a relatively modest speed, which did not prevent them from holding a place of honor in the various operations of the Pacific War.
This new issue outlines the various technical aspects of these four liners and their history; it is illustrated by 240 photos, 11 shots and 3 color profiles.