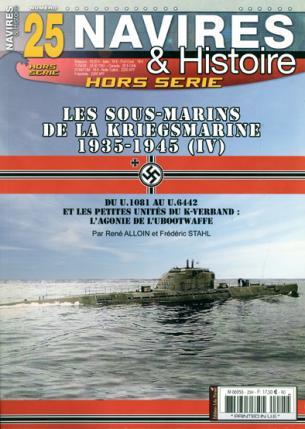 The year 1945 marks the end of the Ubootwaffe.
After periods in which the refueling Britain seemed virtually halted allied against-measures have had reason for this formidable weapon. Submarines new generations, Type XXI, arrive too late to be likely to change a situation already compromised and the "Klein U-boats" does not have the means to effectively disrupt the Allied landings.
The last throes of German submarine warfare are well reported in this fourth and penultimate special issue.