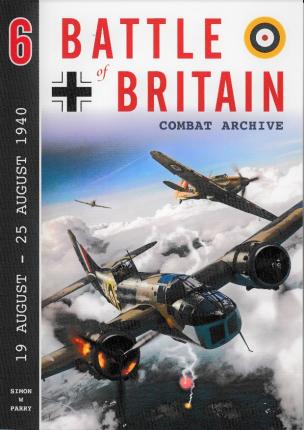 Red Kite are delighted to introduce a major new landmark series of books on the Battle of Britain. The Battle of Britain Combat Archive Series forms the most comprehensive account ever of The Few’s gallant efforts. Focusing solely on RAF Fighter Command’s clashes with the Luftwaffe, the series covers every combat that took place on every day of the Battle of Britain. Using contemporary accounts such as combat reports, rarely seen squadron intelligence summaries and the newly released casualty reports, the author and his team of experts have broken down each day into its individual combats and assembled the claims, losses and first-hand accounts into a highly accessible format. These combats are illustrated with specially designed maps showing the amount of aircraft involved, the area that the engagement took place and the location of where the casualties came to earth. Each combat and casualty report is illustrated with a photo of the pilot wherever possible.

After a delay of nearly 12 months whilst Red Kite cleared some other urgent projects, they are delighted to announce the impending arrival of Volume 6.  This volume covers 19th - 25th August, a rarely covered part of the Battle where both sides regrouped before clashing in big combats on both 24th and 25th. The RAF lost several aces during this period as the Luftwaffe began to dominate the skies over south-east England. Also covered is 1 (RCAF) Squadron's disastrous debut when its pilots shot down a Blenheim in error on their first operational sortie.