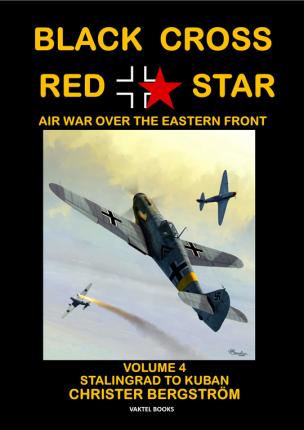 Black Cross/Red Star, Volume 4 covers the air war along the entire Eastern Front during the period winter 1942/1943 through the spring of 1943, in great detail, with a balance between German and Soviet archive sources etc, and with many first-hand accounts. It is of the same size as the other volumes, but with a word count twice as large, and it also contains aircraft color profiles.

Following the publication of Volume 4, new and heavily updated editions of volumes 1, 2 and 3 will follow, and next the subsequent volumes (vols. 5 etc.) will follow.

There are 380 photos in the book. Very many of those photos have never been published before because they are from pilot veterans’ private photo albums.
There are also many very clear maps: Probably every single place mentioned in the book is on the maps.