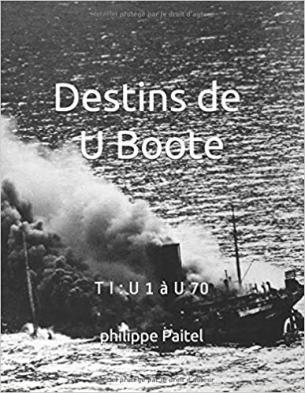 The author depicts a huge fresco. In a particularly novel way, these books present the greatest submarine fleet of all time: the set of U-BOOTEs of the Second World War, ship by ship and in great detail. You follow them since the war of Spain until the Battle of the Atlantic, passing through the campaigns of Poland, Norway and France. You also observe the evolution of anti-submarine warfare by the Allies, even as the U-Boats of the Kriegsmarine challenge the Royal Navy, however undisputed mistress of the oceans: with some success but also permanent reversals of situations. It is a story of the sea, a story of men, stories of war, exceptional destinies.