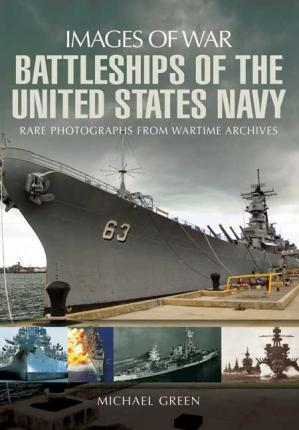 Battleships of the United States Navy.

From 1895 to 1944 the US Navy commissioned some 60 steel-clad battleships; the first being Indiana (BB-1) and the last USS Missouri (BB-63). After an impressive showing in the Spanish-American War and the 'Great White Fleet's' circumnavigation of the world, US battleships played only a minor role in the First World War. They came into their own in WW2 primarily bombarding enemy held coastal regions and supporting Allied operations in Europe and the Pacific. Their firepower was awesome and the later examples had nine 16-inch and up to twenty 5-inch guns plus copious anti-aircraft defences.

On the few occasions these mighty ships took on Japanese counterparts, they performed brilliantly but protection of the increasingly important aircraft couriers was more decisive. Armour plate nearly a foot and a half thick saved many from fatal attack from suicidal kamikaze pilots.

Post WW2 the battleships were relegated to war reserve status but later their value projecting American military power worldwide and their conversion to platforms for cruise missile saw their re-birth. The last US battleship retired in 1992 having served in the Korean and Vietnam War, the Middle East and finally Desert Storm.

This fine book gives the expert and layman a privileged overview of one of the greatest weapon systems in military history.