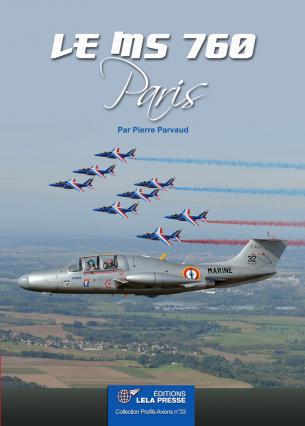 The Morane-Saulnier 760 Paris was the first four-seat jet of military, training and business connections, made to 157 copies in France and Argentina.
It has been used for 48 years by Argentina, 45 years by the Air Force and 38 years by the Navy. If 15 Paris were bought new by private users, they were about fifty on the civil registers at the end of 2017. The production of an improved version is planned in China from 2025.
More than 800 photos, 304 pages, 22 color profiles of Franck Fischer, plans and drawings.