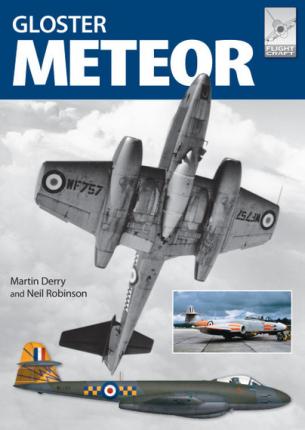 The Gloster F.9/40 was Britain’s first jet fighter and as the Meteor F.I became the first jet-powered aircraft of any description to enter service with the Allies in World War II. Several early Meteors were despatched to Europe in the hope that 1945 might witness the first ever jet-on-jet combats between it and the much-vaunted German jets – a contest which, in the event, was never to occur.

Post-war, and the Meteor quickly became the backbone of the UK’s day fighter defences, progressing through successive Marks as it did so, until finally being replaced on the front line by later types during the mid-1950s. With their ever-adaptable airframe, two-seat Meteors became Britain’s primary night fighter too, serving for several years until replaced by the Gloster Javelin from the late 1950s onwards.

With its operational career over, the Meteor’s adaptability and ruggedness was put to sterling use as an advanced trainer, the most obvious example of which was the T.7. As late as 1982, a handful of stalwarts were still soldiering on.

Although space precludes a comprehensive history of such a prolific aircraft, it is hoped that both aviation enthusiasts and aircraft modellers may find some interesting examples in these pages, and sufficient inspiration to help them choose which colour scheme to finish their latest Meteor model in.

This latest addition to the FlightCraft range follows our well-established format in that it is split into three primary sections. The first covers the Meteor using numerous photographs, informative captions and tables. The second is a 16-page full-colour illustration section featuring detailed profiles and 2-views of many of the colour schemes and markings carried by British Meteors. The final section lists as many injection-moulded plastic model kits of the Meteor, in all the major scales, that the authors could obtain, plus a gallery of models made by some of the UK’s best modellers.