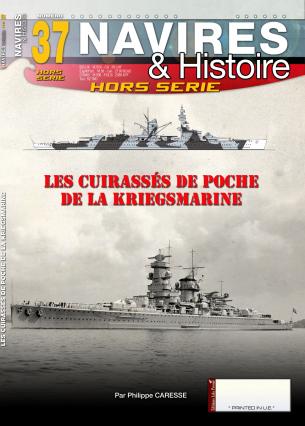 From the suffocating heat of the Indian Ocean to the freezing temperatures of the Arctic Circle, pocket battleships will have been the Kriegsmarine's most furrowed ships during the Second World War.
Very active during the first half of the conflict, they will be made famous by the raids of the Graf Spee, the Admiral Scheer and the Battle of the Barents Sea. Only the Graf Spee will have proven its value in combat during a famous naval battle, the two survivors of the class will always be handicapped by the unreliability of their machines and their reduced speed. From 1944, they will be relegated to the role of fire support to support the retreat of the Wehrmacht and will repatriate civilians and soldiers during the last months of the war. Finished without glory, they will end up with big caliber bombs in the bases of Pomerania and Schleswig Holstein.
Embellished with 240 photos, 34 color profiles, 8 maps & 16 shots.