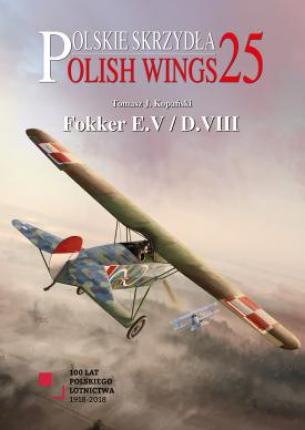 This new book in the popular Polish Wings series tells the story of the famous German parasol-winged WWI fighter monoplane in Polish Air Force service. The Polish Air Force captured 17 of these Fokkers, but only seven (six E.V and one D.VIII) were in airworthy condition. All were used against Bolshevik forces in the Polish-Soviet War of 1919-1920. Lieutenant Stefan Stec earned the first kill for the Polish Air Force, by shooting down a Ukrainian Nieuport fighter on 29 April 1919. In 1921, the remaining Fokkers were withdrawn from front-line units and transferred to the Szko?a Obs?ugi Lotniczej (Air Personnel School) at Pozna?-?awica airfield. The book includes over 120 photographs and nearly 30 colour plates to profusely illustrate these aircraft. Their technical details, military markings and maintenance stencils are shown in the detail.