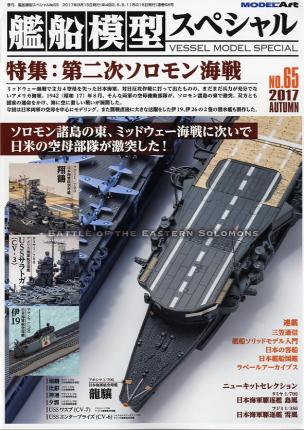 This issue is dedicated to the Battle of Eastern Salomons in August 1942 and the ships which took part are well described through a series of surprising 1/700 scale models : Enterprise, Saratoga, Wasp, Shokaku, Zuikaku and Ryujo (which was sunk) plus other minor ships. The models are really wonderful, as usual. Other articles also fill the magazine.