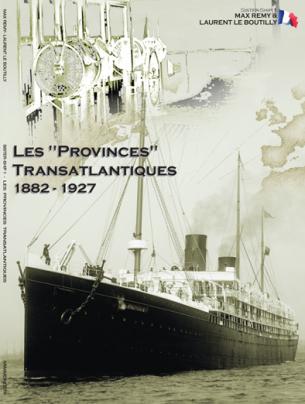 Embark on a a journey of initiation  on the "provinces" transatlantic, this series of eleven postage ships commissioned in 1882 by the largest French shipping company and sailed until the end of the First World War, after have sustained the great migrations to the New World. Witnesses of their time, these ships were the major technical developments vectors with the introduction of the propeller, electricity, telephony or safety equipment. Not to mention the luxury that, unlike migrant classes, was developed without limit for the wealthy great fanfare rare woods and on board services.

Eleven ships to discover in detail through the history of the great migrations between Europe and the young United States, an illustrated epic many photographs never published and unpublished twelve color profiles.