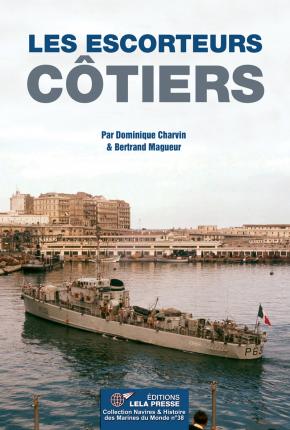 With a maximum displacement of less than 400 t, Coastal Escorts are among the smallest combat units a navy can count.
The French Navy could not do without it.
As early as 1944, it was delighted to be able to recover in its ranks some thirty PCs of American origin which would contribute to the return to the seas of the French naval forces. For its operations in Indochina, it requests and obtains about fifteen additional PCs. Then, as the Algerian war began, it acquired 14 coastal escorts designed and produced in France.
No less than 57 coastal escorts of various origins but of very similar types will thus succeed one another under the French flag.
Numerous, rather reliable and very economical, these escorts with multiple qualities will mark generations of sailors who have now disappeared or our elders. May the reminder of their epics remind the youngest that our dear French Navy will never be able to do without many small combat units capable of operating anywhere and all the time, if only to safeguard our immense and rich maritime domain.
In addition to the careers of the 57 small vessels, the origins, technical characteristics, fittings, missions devolved to them as well as life on board, are widely developed in this magnificently presented book: A4 format, fully in color on glossy paper, presence many illustrations: with over 800 photos, plates, profiles and badges of buildings, maps, all on about 448 pages.