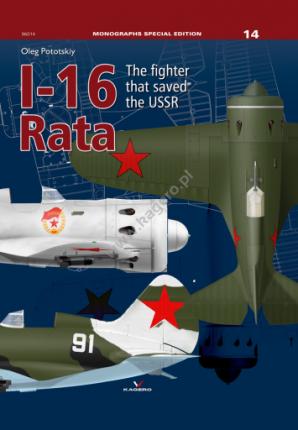 I-16 Rata. The fighter that saved the USSR

The purpose of this monograph is to introduce the reader to a remarkable fighter aircraft, which had a great influence both on the development of pre-war Soviet aircraft and on military developments in the early months of the war. between Germany and the USSR. And at the same time about its creator - Nikolai Nikolaevich Polikarpov, who had the tacit title of "King of Fighters" during his lifetime.
Readers interested in the technical question of the subject might refer to some previous publications on the I-16 aircraft. Unfortunately, only one publication has been published in English. But you can find publications in Russian, detailed declassified drawings and a technical description of the aircraft in the global network.