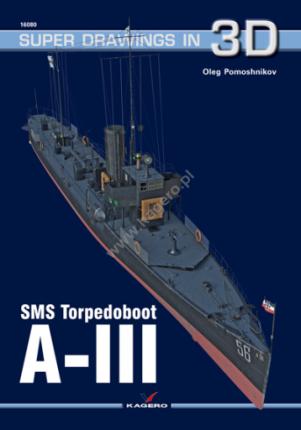 SMS Torpedoboot A - III / 04 left then out of print

In the year 1894, Germany built the last small torpedo boat in the 19th century. Then there was an over 20-year hiatus. Only in 1915, due to the emergence of a new theater of military operations, the construction of a series of 25 small A I torpedo boats had begun. Their construction was entrusted to the Vulcan AG shipyard in Hamburg, some of them dismantled and sent by rail to Hoboken shipyard in Antwerp, where they were finally assembled and put into operation for the fleet.

The situation that arose in 1914 after the seizure of the Belgian coast by the German army forced the local naval command to send appropriate forces to the new maritime theater. Already at the beginning, it turned out that the reservoir (numerous shallows and many mine barriers) almost precluded the use of standard torpedo boats and destroyers. They were simply too big and their draft was too great, which put them in a huge danger of hitting mines.

The newly designed Type A I units were to be better adapted to operate off the coast of Flanders. Their full displacement was 137 tons, and the length of the hull was 41.58 m. Driven by a steam engine with a capacity of 1200 HP, it reached the speed of 19–20 knots. The armament consisted of a 50mm or 52mm cannon and two 450mm torpedo tubes.