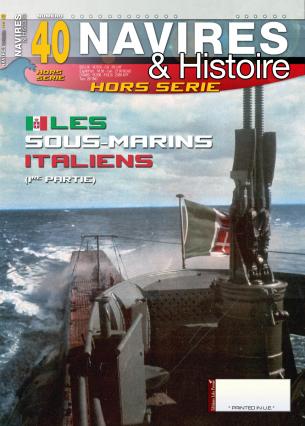 When Italy entered the war on June 10, 1940, Mussolini's navy had 108 submarines, more than double the Kriegsmarine on September 1, 1939, to which were added twenty-nine vessels put in service after June 1940. Less known than their German counterparts, some based in Bordeaux, however, achieved significant success while in the Mediterranean or the Red Sea, these submersibles forced the Allies to take drastic measures to protect their convoys. While the results were not always commensurate with the efforts made by the crews, their ways of fighting often revealed a great deal of panache in the assistance provided to those they torpedoed.

Here, in chronological order of their commissioning, the story of the operations of each of these buildings that you will find in this special issue and the following.
They will be at least in four parts.

This special issue is 112 pages long and has around 215 photos.