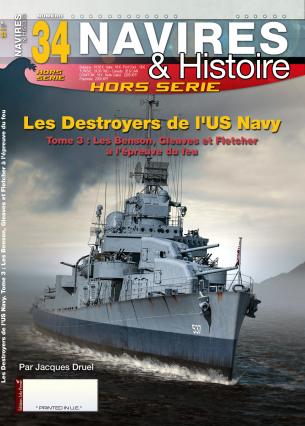 The entry into the war become inevitable, it is with only a hundred modern but operationally outdated destroyers, that the US Navy will approach the conflict. As twenty years ago, the US naval industry will achieve the feat of launching no less than one hundred and seventy-five Fletcher, and complete the series of Benson and Gleaves for a total of two hundred and seventy-one units, all classes combined . The Fletcher will remain emblematic of Japan's death struggle with the United States during the Pacific War, and is considered by many historians to be the quintessence of the destroyer.