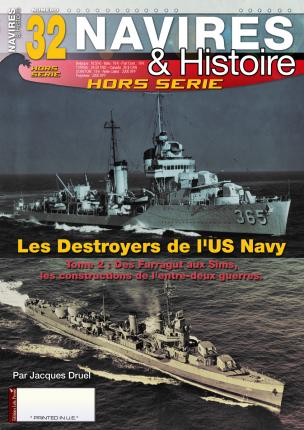 After a forced break of a dozen years, the first American destroyers of new generation are put on hold in 1932. All the successive classes give the possibility to the US Navy to test various options in the fields of the propulsion and armament. These experiments will eventually lead to the Fletcher who will behave successfully during the Pacific War.
Yet the initial shock against Japan will be borne by these units built in the 1932-1940 period, and Farragut to the Sims will all bravely fight during the first two years of the conflict.

About 180 images and 30 perspective views.