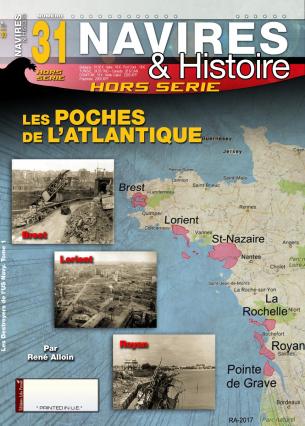 The deterioration of the situation on the eastern front and the threat of an Anglo-American landing on the western front decided Hitler to adopt new measures designed to discourage the Allies from launching a major offensive. Accordingly, by a directive of 19 January 1944, the Führer ordered the creation of pockets of resistance along the coasts from the Netherlands to the south-west of France.
Five will be operational on the Atlantic coast: Brest, Lorient, Saint-Nazaire, La Rochelle and Royan and Pointe de Grave. These five pockets are treated in this special edition.