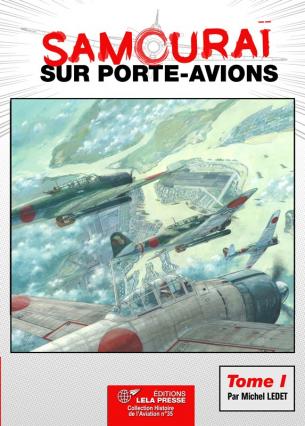 First published in 2006 and quickly sold out, the first edition of "Carrier-borne Samurai" has been unavailable for some time and, in our opinion, has long deserved a new edition. Which the author now provides in two new largely augmented and revisited tomes. While based on the original 2006 book, this new edition benefits from the study of many new sources and numerous documents, both Japanese and American, which were not available for the first edition. Thanks to the American archives, many photographs and still images from film footage taken during the fighting have been added; for example in September 1944 several Japanese propaganda films were shot with the aim of ‘raising the morale’ of the increasingly hard pressed frontline seamen and naval aviators. The Imperial Navy’s 653. Kokutai featured heavily, with both the fighter and strike Hikotai appearing in front of the cameras. Period shots of carrier aircraft around this time are exceedingly rare hence the interest and value of these stills which are presented over several pages – note captions are in English. In addition this second edition now contains more than 100 color profiles of the Japanese carrier-borne aircraft. The aircraft carriers themselves have not been forgotten and their ‘fact sheets’ have likewise been largely revised. We invite you to check out this second edition, published this time in two volumes!

Summary of Volume I :
- Preface
- Thanks
- Introduction
Part 1: History of Japanese Carrier Aviation
1. Origins
- 18 - 2. First tests, first developments
- 34 - 3. The rise of Japanese carrier aviation
2nd part: 1932-1941, elaboration of a strategic doctrine and the Sino-Japanese war
- 52 - 4. Development of the three specialties
5. Groups Embedded in the Sino-Japanese War