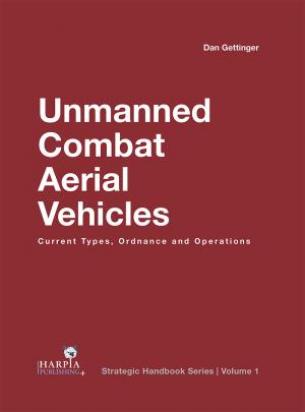 The field of unmanned combat aerial vehicles (UCAVs) is rapidly diversifying as an array of light, midsized, and heavy UCAVs and munitions enter the global marketplace. This has the potential to dramatically expand access to armed unmanned platforms and change the way unmanned aerial vehicles are used in combat. The influence of UCAVs on the conduct of war has already been felt in conflicts in the Caucasus, the Middle East and North Africa, where state and non-state actors have fielded a dizzying number of UCAVs from around the world. At the same time, advanced militaries are beginning to equip UCAVs with increasingly sophisticated munitions, some of which are heavier and can fly farther than the types of weapons used by UCAVs in the past.

In Unmanned Combat Aerial Vehicles: Aircraft, Ordnance and Operations, a Strategic Handbook from Harpia Publishing, Gettinger presents an essential guide to the world of armed unmanned aircraft. It features profiles of every UCAV currently in active military service or under development, as well as other UAVs that could potentially be armed in the future. By parsing publicly available information and data, Gettinger offers a detailed timeline of the design and use of these armed UAVs. This Strategic Handbook includes, for the first time, a discerning and comprehensive study of UCAV munitions, offering readers a unique perspective into a segment of the UCAV market that portends an expansive combat role for unmanned combat aircraft long into the future.