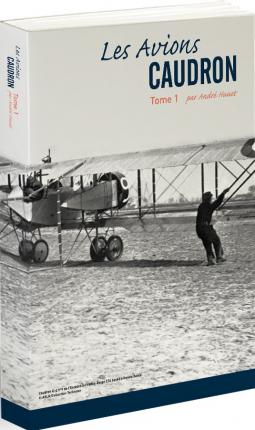 The original edition (2001, 2002 ed. Lela Presse) already included nearly 500 photos as well as numerous appendices and an exceptional document taken from the manufacturer's archives: the list of all the planes built by the Caudron firm from 1908 to 1932.

At the time, it was the first book in two volumes listing the large family of Caudron devices (planes, seaplanes and devices), from the creation of the firm to its nationalization at the time of the Liberation.

At the request of the author, André Hauet, "the Caudron specialist" who has unfortunately disappeared today, this work of re-editing has been launched. Rather, it is a second enriched edition. Indeed, the 20-year gap between the two publications offered the opportunity to increase the documentary and historical value of the work, thanks to the participation of a large number of enthusiasts, collectors and specialists who have all spontaneously accepted to participate in the project.

This time it will be a work in three volumes, the second of which is scheduled for June 2022 and the third for December 2022.