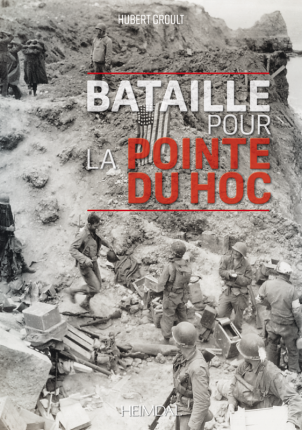 (Editor's text) Enlightened by recent discoveries, this book finally offers a precise, detailed and dynamic account, suitable for both neophytes and enthusiasts, of the spectacular battle waged by the Rangers and the Wehrmacht forces on the Pointe du Hoc.
The capture of Pointe du Hoc on June 6, 1944 was one of the most spectacular events of D-Day.
Two hundred and twenty-five American soldiers, overtrained, are entrusted with "the toughest of missions", in the words of General Bradley: to climb cliffs over thirty meters high, to storm a highly defended German position and there. destroy six cannons that could unleash devastating fire on Utah and Omaha Beach. Here is the full story of this event. We begin with the distant origins of the Rangers at the very beginning of the seventeenth century and the first settlers of America. After the establishment of this elite of soldiers in 1942, we discover their long and painful training in the United States and the United Kingdom as well as the first fights on Dieppe, in North Africa, in Sicily and in Italy. Then comes the landing of June 6, 1944. A very meticulous detail of the bombardments on Pointe du Hoc allows us to understand the full force of the destruction suffered by the support point in preparation for the assault. The full story of the incredible sea crossing of the Rangers to the beaches of Normandy then quickly plunges us into the heart of Overlord. Then, it gave way to heavy fighting until June 8, on Pointe du Hoc, but also all the clashes on Omaha Beach. Numerous poignant testimonies, not only from soldiers but also from Norman civilians, allow us to get into the soul of the battle. After the capture of Pointe du Hoc, we are told about the future of the Rangers in Europe and the very unique fate of some of them after the war. More than two hundred and seventy photographs, many of them unpublished and in high definition, as well as intuitive maps, allow you to find your way around the battlefields. In addition, a combat detail provides exciting insight into the event and in-depth answers to many questions.