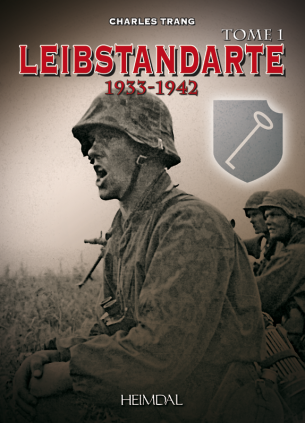 A history in more than a thousand pages!
From the core of the 117 men who formed the Stabswache in 1933, Leibstandarte, Hitler's personal guard, became an elite motorized regiment, then a brigade and a division. It will be illustrated in Poland, in the West, and will obtain its first military notoriety in the Balkans, where will be particularly illustrated Kurt Meyer; It will then be fighting on the Eastern Front, at the peak of amazing victories. Then, from 1943, she continues to shine in great battles, Charkow and Kursk. It disarms then the Italian army, fight in Normandy, in the Ardennes then in the last fights in Hungary and even in Berlin for some of its elements. This military history is accompanied by portraits of officers, become famous but also photos of equipment. A fabulous document that will make a date, with a limited print to be included in any good library.