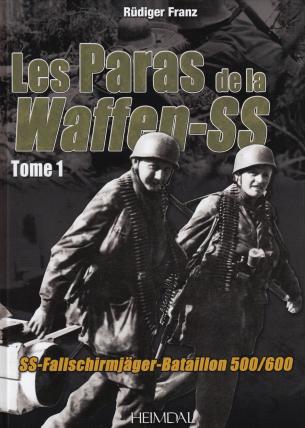 Parachutist of the Bundeswehr retired, in this first volume on the SS-Fallschirmjäger, the author, Rüdiger WA Franz, immersed, in an unprecedented way, the reader in the constitution of a disciplinary unit of the Waffen-SS: the SS-Fallschirmjäger - Battalion 500. He traces his formation to the parachute jump - well documented - his first engagements in Serbia (winter 1943/44) and Budapest (April 1944). Illustrated with many photos and enriched with testimonials provided to the author by veterans of the paras SS, this first part of the work, called "Capturing Tito! Is centered in its second part on the airborne attack of the battalion against the city of Drvar (as part of the operation "Rösselsprung"), nestled in the heart of the mountains of Bosnia, ten days before the landing in Normandy. There, a merciless fight is unleashed against the Yugoslav partisans, May 25/26, 1944 ... Will the SS-Fallschirmjäger fulfill their mission in Drvar? Maps and photos taken on the scene in 2018 will also accompany the reader to discover this unknown place of the Balkan