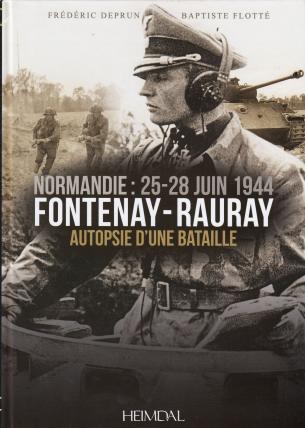 The two authors, Frédéric Deprun and Baptiste Flotte, wanted to detail this episode of the Battle of Normandy starting with Operation Martlet, on the flanks of Operation Epsom. Extremely detailed research will come to focus over the pages on the lock Rauray and his armor fights. A precise timeline was made possible of the destruction of Panther tanks in front of Fontenay against the assaults of the Polar Bears and the 15th (Scottish) Infantry Division until the sinking of the German defense held by the Panzer-Lehr-Division and the 12.SS Panzer-Division "Hitlerjugend".
Through a precise location of unpublished photographs and a review of operations in both camps, this study, divided into three parts, pays particular attention to the relics of the fighting and the testimonies that accompany the various acts of the battle.