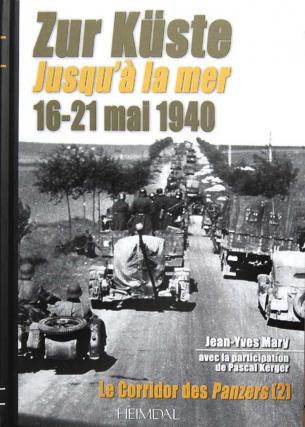 This second volume devoted to the tragedy of May 1940, presents the turning point of the battle. On May 16, 1940 morning, the fate of the battle is already sealed.
The French command will try somehow to restore a front throwing before German units rameutées units of Holland or Belgium - and thus necessarily already proven - or the Maginot Line. The movements of these units will be subject to constant aerial bombardments which are in the best case slow and often folds apart.
Worse, when these exhausted units arrive on the battlefield, they do not have time to organize that they are already in contact and, instead of formed units, these are isolated battalions that are consumed without no benefit to the global action in the blaze which advances inexorably.
From May 16 to 21, the German will progress to the sea and encircle the Allied armies advanced rashly in Belgium. The few attempts to loosen the embrace all go fishing by the lack of resources committed and will not influence the course of the drama unfolding.

This new volume accompanied by a thousand pictures again follows step by step're running battles with fabulous precision. Present comparative photographs allow us to find the places where this drama was played.