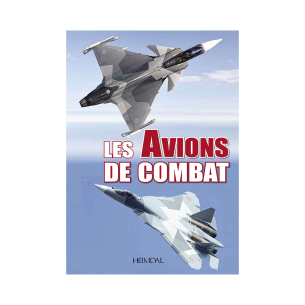 Showcase of the power of a State, the combat aircraft is one of the most formidable tools of the modern military arsenal. An ultra-efficient weapon system, it presents itself as a flexible, reactive and autonomous platform capable of maintaining a high operational rhythm in a joint and combined operation. It is also a formidable force multiplier by allowing the sharing of information from a tactical situation within a device.
Since the first Gulf War in 1990, the combat aircraft has taken part in multiple engagements in theaters such as Afghanistan, Libya, Iraq, Syria or the Sahel.
After the early 2000s, the greatest revolution in the use of the air weapon was the ability, for a single aircraft, to strike several land targets during the same outing.
In this respect, the advent of hybrid-guided precision munitions, i.e. combining inertial, GPS or laser guidance technologies, has enabled this important advance.
In this military sector as in others, Asia is experiencing a major rise in power. China, India, Japan, South Korea, Taiwan, these countries rely on the development of their military aeronautical industry. They have embarked on 5th or 6th generation combat aircraft programs.
In this collective work, the authors draw up an exhaustive presentation of the air force of today and deliver a vision of the future on this precious component which without a doubt is called upon to play a decisive role in a high intensity conflict. . An option that is becoming very likely for many staffs.