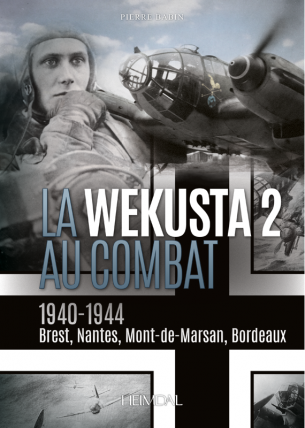 Editor's note:
The Wekusta 2 was a weather reconnaissance unit of the Luftwaffe, the history of which has been little explored by historians. The history of the Wekusta 2 deserves a closer look. Few of the Luftwaffe units that were permanently based in France during the Occupation… such as the Wekusta 2, whose aircraft took off daily from Brest-Lanvéoc, Nantes-Château Bougon, Mont de Marsan or Bordeaux-Mérignac.
Pierre Babin set out to reconstruct the history of Wekusta 2. He explored the rare archives available in Germany and in the Commonwealth countries, met some veterans of the unit, collected their precious testimonies and consulted preserved documents. by the families of airmen.
It is this story, so little known to date, that Pierre Babin has reconstructed into a book of just over 200 pages, illustrated with unpublished photos.