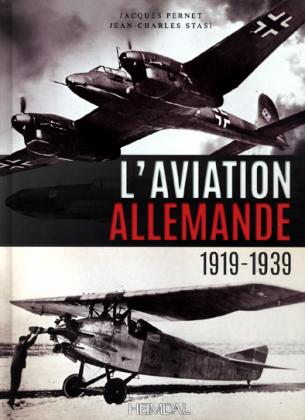 The interwar period was an exciting but widely unknown period in the history of German aviation.

For the training of pilots and the experimentation of its equipment, Germany can count on the Lipetsk secret aviation school in the USSR, which allows the Weimar Republic to retain a Aeronautical know-how without France and the United Kingdom being aware. In 1935, the Third Reich created the Luftwaffe, which in 1939 became the most powerful military aviation in the world.

Jacques Pernet, a German and American aviation specialist, and the journalist and writer J. Claude Stasi, tell this story in a richly illustrated and living book, which is essential for understanding the inevitable march towards World War II. Numerous photos of epochs and color profiles.