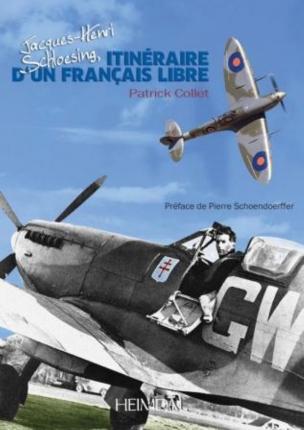 Jacques Henri Schloesing chose freedom in 1940, at age 20, once and for all. This choice was a price: his life, he was offering with its services, joining an unknown general in London but decided to fight. Young Parisian student became the Royal Air Force fighter pilot, it's all the fighting in the first squadron of Free France. Calm and courageous comrade admired and loved, especially Schloesing is quickly recognized as a top class chef. At 23, named captain, he took command of the Ile-de-France group, successful in driving success. Until day of winter 1943, where he jumps from a burning plane over occupied France. Despite terrible burns to the face, half-blind, he escaped from the Germans with the help of the resistance ... and goes home, right in Paris. Less than two months later, his comrades welcome incredulous England after an incredible crossing of France and the Pyrenees. A hospital year is needed to make a semblance of face to the young officer. A year of pain, loneliness and questioning, from the one that would become his wife. But never hope to participate in the announced release of the country abandoned. Harassing doctors and hierarchy, fleeing those advising her to prepare the return of peace, he finds his squadron in July 1944 and finally manages to take part in the Normandy operations.