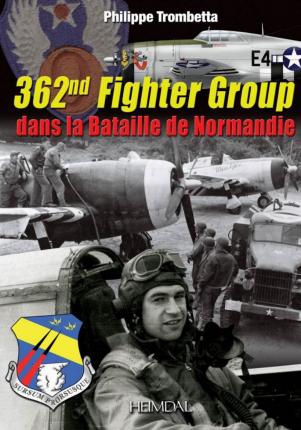 It's 70 years since the engine noise and the noise of bombs no longer resonate in the sky of France. After conducting extensive research and met many witnesses and veterans as part of co-writing 50 airfields for a win, Philippe Trombetta embarked on the study of American hunting groups who fought from Normandy sky . After a first volume having for subject the 404th Fighter Group, here the second, dedicated to the 362nd Fighter Group, based on the Advanced Landing Group Headcon in Kent, then Lignerolle A-12 and A-27 finally Rennes. This unit is the most successful in the European theater of operations, with no less than six drivers in the Top 10 of the 9th Air Force.
The many unpublished photos - Driver portraits, views of everyday life of the Group in combat - in addition to aircraft and land vehicles profiles. Paperback, 80 pages in color.