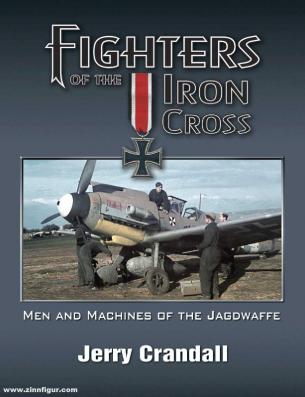 FIGHTERS OF THE IRON CROSS

This book features the biographies of 14 German WWII fighter pilots as well as reports of their operational experiences in their own words. The names reproduced here are based on conversations the author has had with former fighter pilots over the past 45 years. The photos shown, many of which have never been published, are mostly from the pilots' own collection, as well as a few other sources.