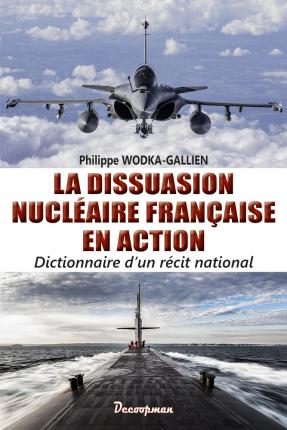 French Nuclear Deterrence in Action. Dictionary of a National narrative.

French dissuasion is confused with the strategy for which it was conceived: to repel, in sovereignty, any major war far from the national territory. This mission is unchanged since the first French nuclear test in 1960. The impetus was given by General de Gaulle in 1945, but this ambition could not have succeeded without the mobilization of a broad community of knowledge, transcending political sensitivities . Diplomacy, political actions, military operations, weapons programs, technologies to master, espionage, media actions and public debates, the French nuclear deterrent force is a true epic that this book proposes to discover through two hundred entries well illustrated. Developed in the land of Enlightenment and Human Rights, the French nuclear project then makes sense and joins our national narrative. Indeed, those who have lived the darkest hours of our contemporary history are at the origin of this ambition. Moreover, the legitimacy of our status as an atomic power is reinforced by our country's adherence to all the international conventions governing the nuclear governance of the planet, including the non-proliferation treaty, then the complete ban on testing. In a 21st century nuclear long-term, the French concept of deterrence is a forward-looking peace strategy.