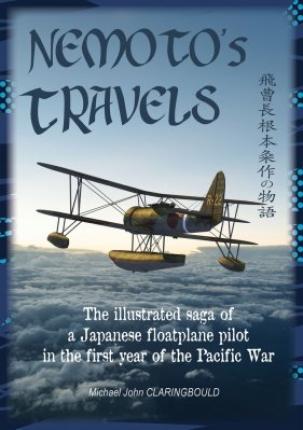 This is the illustrated diary of Imperial Japanese Navy floatplane pilot Warrant Officer Nemoto Kumesako, dating from the early months of the Pacific War. His recollections offer an intimate perspective into his life, along with insights into Japanese thinking of the times. Unusually, these memoirs are presented in a style consistent with the Japanese manga (illustrated cartoon) format.

The curious floatplanes of the time, some of which verge on the steampunk, come to life with the author's uncanny sense of humour. Nemoto defies every stereotype of the Samurai warrior, for his diary betrays coveted romanticism. Although an exceptional character, he was certainly a man of his times. Not particularly close to his comrades, Nemoto prided himself in his worldly credentials. For example, he read Tolstoy's War & Peace in German between missions.

Nemoto's writing style, cultivated and matter of fact, is tinged with insight and assurance. He never envisaged it would wind up in the wrong hands, and for this reason the reader will savour its frankness and insights.