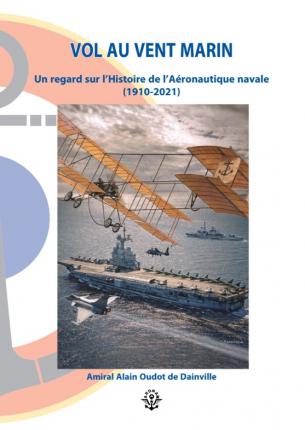 The sailors became interested in aviation very early, because the field of vision of the naval units was limited by the laws of physics. They took advantage of the tremendous dynamics of aviation in France. They groped for a long time before being able to board planes on the ships, without neglecting what the ground-based planes
long range of action could bring to the knowledge of the marine environment.
The first balloons embarked at Aboukir, the experiments of Blériot forged the aeronautical conscience of the sailors who bought their first plane in 1910 and did not cease to make it progress until the Rafale of today.
The book retraces the struggle of this handful of sailors to give wings to the sea, fighting to win in the Navy, in the Armies, but also the heroic conduct of units during the Second World War, Indochina, Algeria and the crises that followed decolonization.