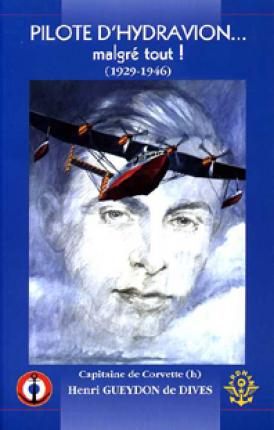 The turbulent career of a young officer turned on in the thirties that comes to realize his dream of seaplane pilot, go through the war (not without adventure) and leave the service as commander of the aircraft Achernar. His first assignment as a pilot in the squadron 4.E in Dakar, where he is second in the 302 Laté Mouneyrès, then the Antares. Returning to France in October 1942, he was preparing to join his new squadron to Lartigue when the Allied landings in AZFN occurs. Blocked on the mainland for a year, he decided to join North Africa via Spain. Like many others, he was interned in Miranda, before joining Morocco in November 1943. Second fleet 6.FE in Morocco in 1944-1945, he commanded the seaplane Achernar in the 33.S flight in 1946 and began a civilian career.