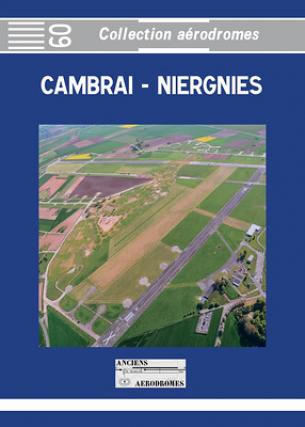 Laid out in June 1931 on a grassed area of ​​900m by 900m, extending over the municipalities of Niergnies and Forenville a few kilometers south of Cambrai. A second platform of operations for the Air Force will be set up in November 1939 north-west of Cambrai, "straddling" the departments of Nord and Pas de Calais between the communes of Epinoy and Haynecourt.
Cambrai-Niergnies aerodrome will be used by the Air Force during the Battle of France by GC III / 2 with Morane Saulnier Ms 406 then occupied by the Luftwaffe which carries out numerous improvements including two concrete runways of 1620m and 1595m long with shelters and various barracks.
Upon Liberation the land will be used by the United States Army Air Force or USAAF. The air force was part of the military ... It was not until 1947 that it became independent and became USAF.
The land was then taken over by the Air Force and NATO until the 1950s. Following the extensive destruction caused by the bombardments and the requirements to extend the runways, work was to be undertaken.
It was therefore only from 1946 that civil aviation activities were able to resume. It is still a very active flying club today!