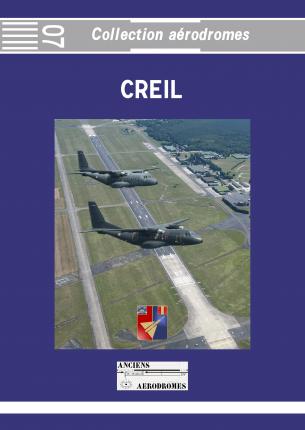 Like many other airfields of the time, Creil Aerodrome's beginnings are a succession of ephemeral and occasional events, from the first unplanned landing in August 1910 to the DCA site in 1940, passing by the rapid passage at the end of August 1914 squadrons of the 6th Army, chased by the German army, but which will detect the famous inflection before the Battle of the Marne. The first permanent installations, and the first name, are due to the occupation by the Luftwaffe, then serve at the Liberation as American logistics aerodrome, before giving way to the IGN and the flying club, first French occupants. The name of air base appears in 1954 with the installation of NATO-standard installations and the arrival of 10th Fighter Wing, which will be one of the main assigners, with the 3/91 bombing squadron, until It was reactivated in 1990 and served as a support base for many joint units as well as transport squadrons on Airbus and CASA 235. However, the closure of the runway in 2016 resulted in the de facto stopping all aeronautical activity on the platform with the relocation of user and military air units.
The activity of the base is now focused on its dual role of defense base, since 2009, which involves various entities from the departments of Picardy and the north of Ile-de-France, and from support, as mentioned, of various staffs and organizations focused primarily on intelligence function. This book presents the various units of all origins, past as present, who have participated in the history of this field over the past century. In addition to the illustration, QR codes provide links, through the pages, to interviews of testimonials from actors