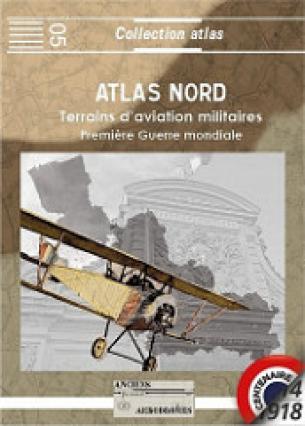 Before the war of 14-18, the department of the North included a dozen military airfields. Occupied for 4 years for a large part of its territory, the North welcomed more than 200 airfields. The air activity during the conflict was very intense. The missions of observation and bombing, missions envisaged for the aviation, gave place, in 1916 to the first fighter planes single-seater. The Fokker, Airco and Nieuport occupied the sky: bombing, reconnaissance, hunting: the modern military aviation was born. The Germans deployed dozens of photographic reconnaissance and artillery support units. Beginning in 1916, 45 Jastas, out of the 90 created during the conflict, occupied the northern sky. The French, grouped very closely on the grounds around Dunkirk, had about fifty squadrons. The English arrived in February 1915 and more than 70 Squadrons out of the 150 created were based in the north.
Not to mention the Australian units, the American and Belgian units very active at the end of the conflict. Many airmen died very young and many are resting in the beautiful cemeteries of this department.
The Atlas du Nord, the fifth in the Atlas collection, lists and locates 220 fields whose form often resembles a simple field equipped with tents and hangars. The cartographic map used, the colorful minutes of the map of the General Staff, was contemporaneous with the conflict. Today, all lands have disappeared and are often forgotten by the inhabitants.
The archives have preserved numerous photographs, documents and maps on the various operations and occupations that allow faithful reconstructions. For each field, QR Codes are used to locate and visit the site, to see the updated MSDS on our website and, for some, to access local resources.