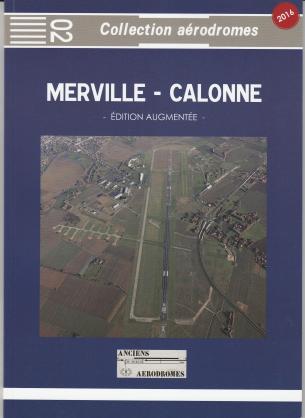 In May 2011, the association published the n ° 2 of its Aerodromes collection devoted to the history of this platform, which is their headquarters. Today this book is exhausted and they chose not to have it reprinted identically but to present a new edition that will include the various information that they could collect in their research in archives and funds Private partnerships.

100 pages with a square back many new illustrations, enhanced text!

Created by the British during the 1 st GM, the Merville field (in the north), the Merville land disappeared after the conflict to be reborn under the name of Merville-Calonne in 1936 to be used again by the British in 1939- 1940. The Luftwaffe then took over and built concrete runways. The Anglo-Americans will come to occupy it during the last months of war. From 1945 to 1952, the site became a civilian aerodrome before moving to NATO until 1966. It has since become a relatively important civilian aerodrome in the Nord-Pas-de-Calais region, hosting the Amaury Piloting School Of the Barn.