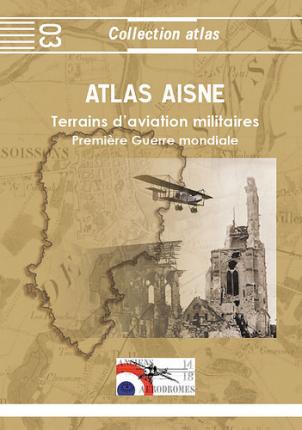 This is the 4th volume in the Atlas collection and it is dedeicated to the airfields laid in the Aisne. As this "departement" was partly or fully occupied by the Germans, most of the airfields there were built by their forces and sometimes used by the Allies. This book lists 180 airfields which have been identified, an incredibly high number which shows how important the area was. Indeed, this sector covered both Paris and the Somme front area and there were numerous troops from both sides stationed there. Note that not even one airfield remains in existence today though 2 of them showing the same names (Chambry and Roupy) were later used in WW2 and by NATO forces but were at slightly different places. Very nice !