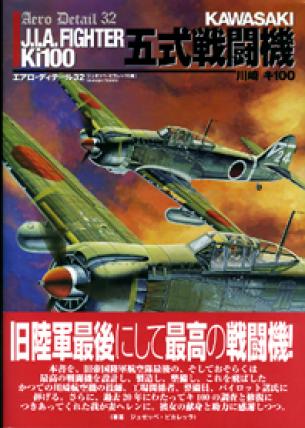 This first Aero Detail volume published in over five years covers the Type 5 Army Fighter, also known as the Ki-100, or the "Tony." The Type 5, a conversion of the inline-engine Ki-61 Hien into a radial engine plane turned out to be one of the very best IJA fighters of the entire war. The book extensively covers the only existing example of the plane (at the RAF Museum in Hendon, England), and is written, photographed and illustrated almost entirely by Giuseppe Picarella, one of the principle restorers of the same aircraft, and an acknowledged expert on Japanese aviation. Main sections of the book cover the history of the Ki-100 and this airframe, all the physical details of the aircraft in 220 full-color photos, a dozen historical shots of the plane during wartime, and extensive marking and internal structure illustrations of every part of the plane from spinner to tail. There is simply no more complete volume on the Ki-100 available anywhere. All text is in English and Japanese. 72 pages. Soft-cover A4 format with dust jacket.