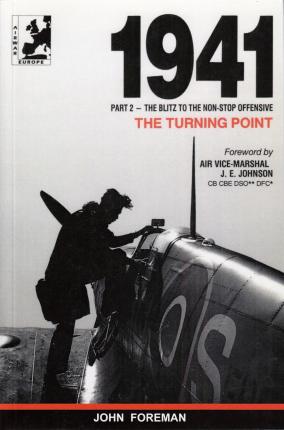 The two volume set ‘1941 – The Turning Point’ details the air war in Europe from January to June 1941, the turning point of the air war when the RAF went on the offensive.

The operational losses and combats of Fighter, Bomber and Coastal Commands, as well as the Fleet Air Arm, are detailed – as are those of the Luftwaffe. This period of the air war has not been chronicled before in this detail.

A limited number of these books (first published in 1994) are still available, but John is keen to point out much new information is now available and that he is working on the revised editions.