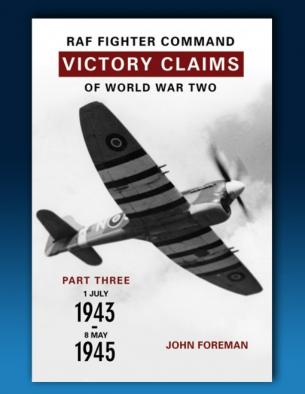 Throughout World War Two the pilots of RAF Fighter Command fought to command the skies over Europe. From the earliest days in 1939, long range Luftwaffe reconnaissance aircraft were engaged off the Scottish coast and over France. Then came the frantic and confused combats over France and Belgium in the face of the Blitzkrieg. The combats over the beaches of Dunkirk were followed by battles over the convoys in the channel and the desperate struggle that was the Battle of Britain. As the war progressed Fighter Command’s role changed. Night fighter pilots in Hurricanes, Defiants and Beaufighters were charged with the night defence against the Blitz. Spitfire and Hurricane pilots took the battle back across the channel to face the elite of the Luftwaffe fighter force. Finally the fighter pilots played a key role in the invasion of Europe and assault on the Reich.

Each time an RAF fighter pilot claimed to have brought down an enemy aircraft in combat he was required to submit a Combat Report, giving details of his claim for enemy aircraft destroyed. Until now, however, there has been no single document listing these claims day by day. The wartime records are fragmentary, the details of individual pilots claims scattered in many different RAF files.