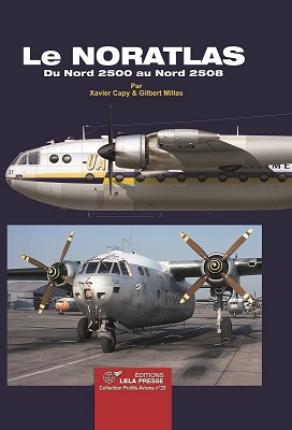 Inspired by a first edition published in 1997, this is a new presentation, greatly enriched, with a totally renovated photographic choices.

This book traces precisely the career of the Nord 2501 "Noratlas" from conception to the end of the 40s until its withdrawal from the final service late 80 Many versions tailored to specific needs were extrapolated, including electronic warfare.

Also reviewed foreign military users (Germany, Israel, Portugal, Greece, and many African countries), and some civilian companies whose UAT and Air Algeria who passed command of the North 2502 versions with extra reactors. Nord Aviation tried to find other opportunities with N.2503 versions, N.2506, N.2508, but too late to be successful.
6 maps, 23 color profiles and complete listings production aircraft with the assignment by completing this study unit. More than 1000 photos!