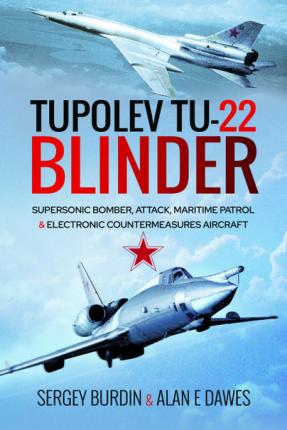 This historic Russian aircraft was first delivered to the Soviet Air Force at the height of the Cold War in 1961. It remained in service until replaced by the much modified Tu-22M Backfire which was introduced in the early 1970s and still remains in service. It was the first Soviet supersonic bomber and was used for reconnaissance and bombing, in the latter role carrying either conventional or nuclear bombs. The early aircraft had a range of 1,800 miles but later models had a much increased radius of action through the introduction of in-flight refuelling. This book looks at the design and development of the aircraft up to the introduction of the type M Backfire. Details of construction, weapon systems, photo-reconnaissance and jamming equipment are included to cover the several variant models. Operational use is explained and the text includes many first-hand accounts from Russian aircrew of the period.